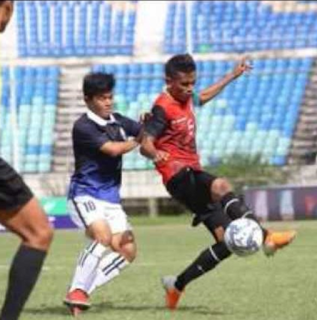 The preliminary round of Group A of the AFF Cup U-18 2017 had just finished its final match on Tuesday (12/09/17). As many as two countries won the victory of a total of three matches which took place at Thuwunna Stadium and the Aung San Stadium.

Timor Leste, which is a new participating country in the AFF U-18 Cup 2017, managed to make a surprise in the final match of Group A qualification. How not, they successfully won a landslide victory 3-1 over Singapore.

From the results of the final match of the Group A qualification for the AFF Cup U-18 2017, Malaysia and Thailand managed to ensure tickets to the semifinal round which will take place on Friday (09/15/17).

The position of the top of the standings itself is entitled to be carried by Malaysia. Despite having the same collection of points as Thailand (13 points), the neighboring country recorded superior in matters of productivity goals.